The new year 2021 has begun on a strong positive note with vaccination drives in major economies as well as in India. The economic survey and union budget were presented in February were well received by the market. 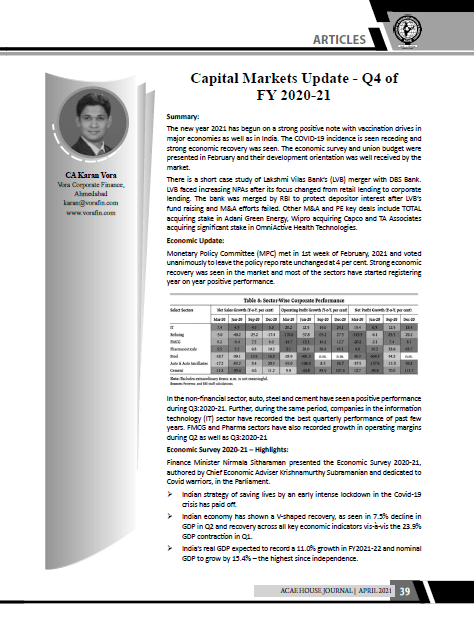